The view from Sapphire Ridge in Frisco, CO

Denver was the second stop on our “Follow the Pirates on the Road” tour and I have to say, we absolutely loved visiting the Mile High City! Unlike in California, where we blew off the Pirates vs. the Angels because of traffic, this time we actually went to the game! Most surprising of all, the Pirates won!

2. Eat at Sushi Den! https://www.sushiden.net (Another reason to visit South Pearl. It was just down the street from our rental.) I can hardly believe I’m writing this, but thanks to the marvelously skilled chefs at this establishment, I’ve grown to love sushi! Rick and I ate there twice (in a four day stay!), both times sitting at the sushi bar and watching the chefs create edible art with flown-in-daily fresh-from-all-over-the-world fish. Denver’s city magazine, 5280, named Sushi Den the reader’s choice best Japanese restaurant. I guess I’m going to have to see what restaurant Pittsburgh Magazine recommends here at home and stop picking up bland California Roll at Fresh Market:) 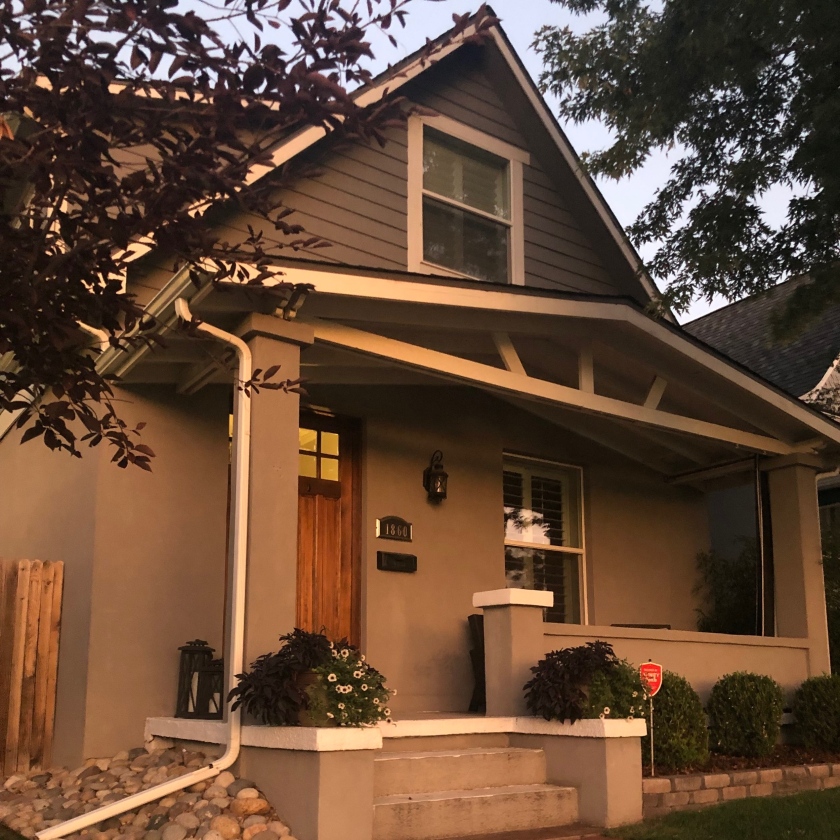 3. Walk around older neighborhoods and gawk at the beautiful Craftsman bungalows. Newer housing in Denver seems to lean heavily towards mixed-use residential/retail construction like some of the recent additions here in Pittsburgh (Bakery Square, Lawrenceville, and the Strip District come to mind. Not that there’s anything wrong with that, as Seinfeld would say!) But the bungalows in the older established neighborhoods just pull at my heartstrings.

4. Go to a concert at Red Rocks Amphitheater! Okay, so this is one we didn’t technically do. It seems the more places we go, the longer our bucket list gets! Because we have to get back here someday for a show. We walked around and admired this amazing venue, but we weren’t interested in seeing Josh Groban who was performing while we were in town. If only we’d been there on August 22 when Nathaniel Rateliff & the Night Sweats were there! We’ve been wanting to see them for two years! https://www.redrocksonline.com 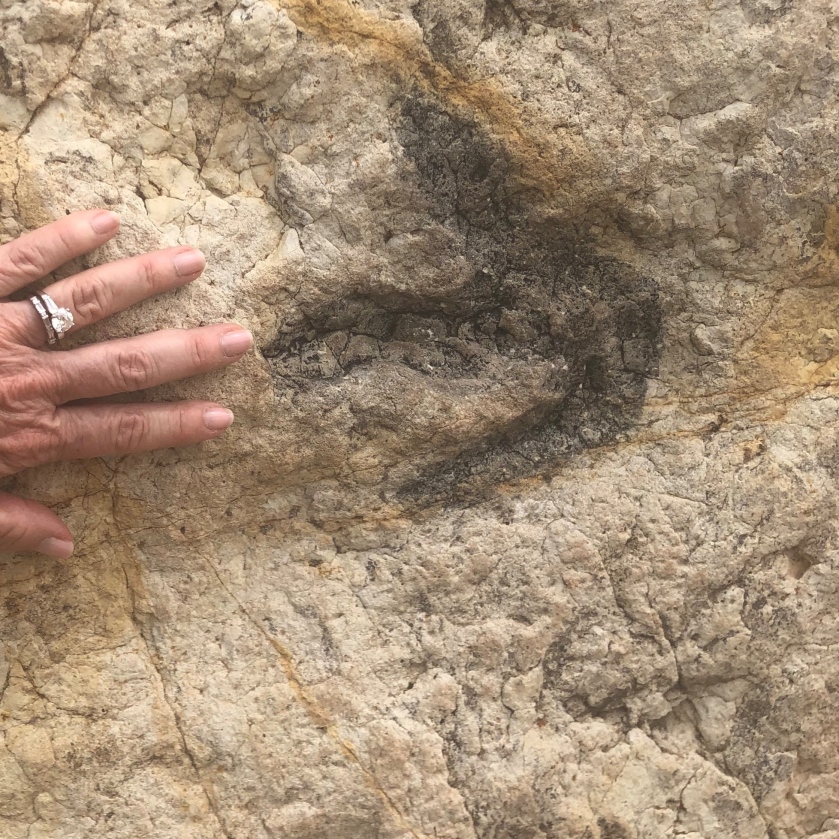 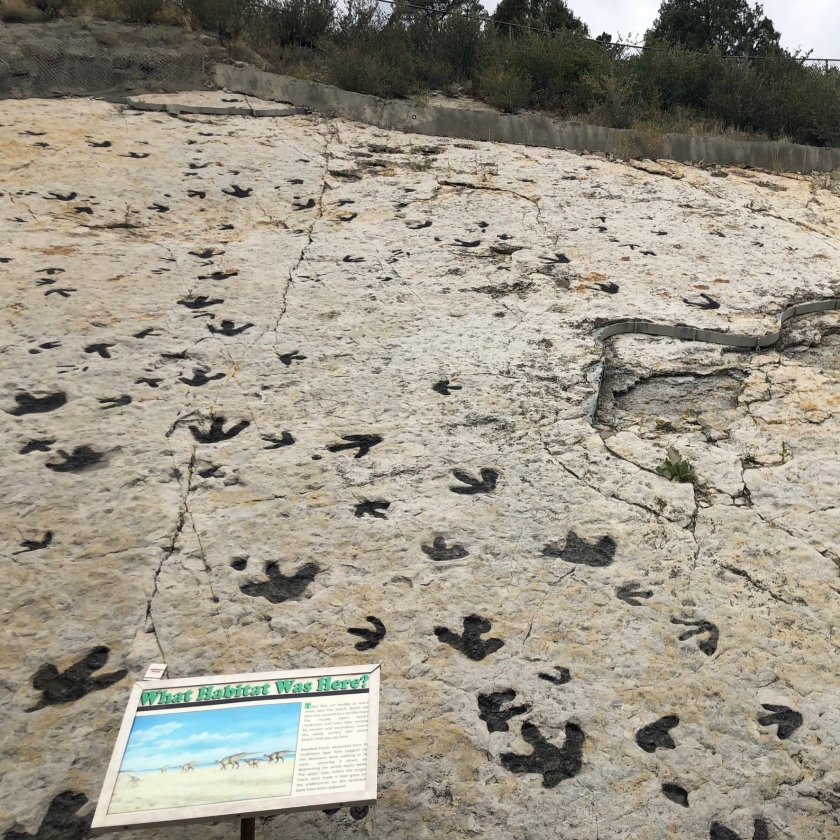 5. Walk like a dinosaur! Or at least, walk where they walked! Dinosaur Ridge is on the way to Red Rocks Amphitheater and is one of the best places in the world to view dinosaur fossils in their original habitat. Stegosaurus, Apatosaurus, Diplodocus, and Allosaurus (arguably some of the most recognizable dinos) were originally discovered here in 1877. Rick and I hiked around the two-mile site and it was really cool to see the evidence of these pre-historic creatures out in the open as opposed to in a museum. http://dinoridge.org 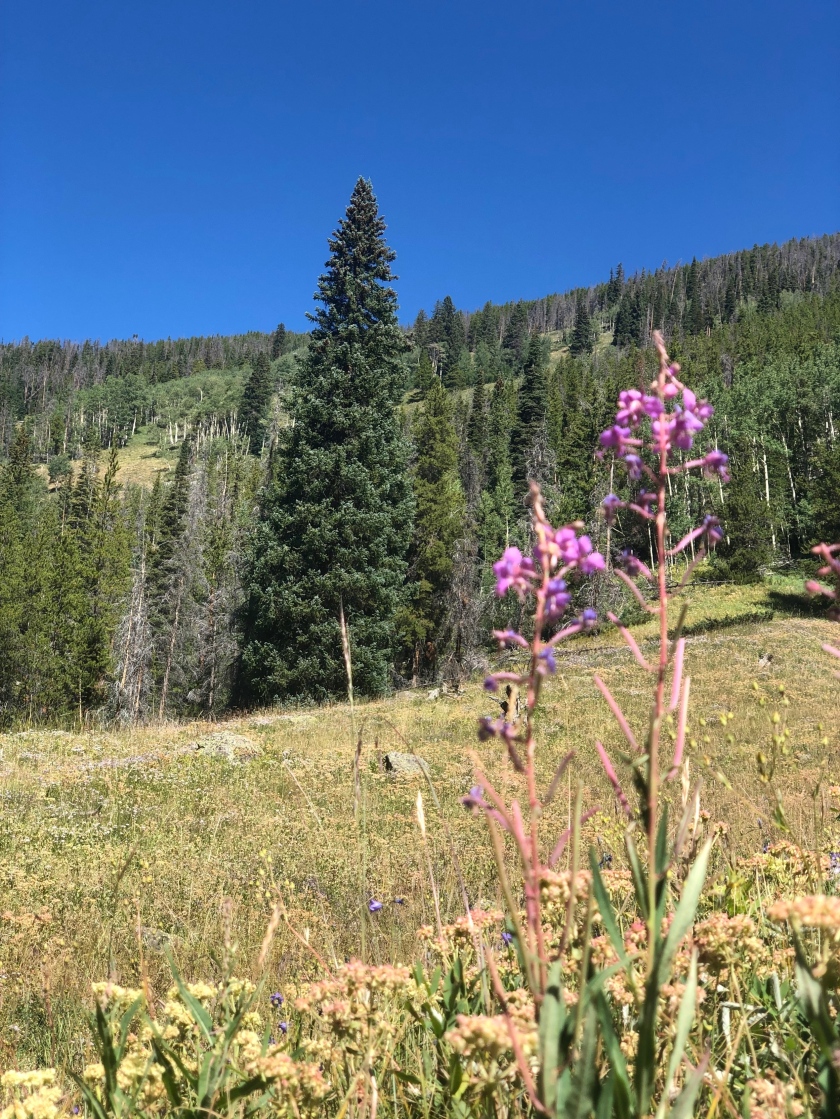 6. Take a hike! We drove to Frisco, CO for the day (about an hour’s drive) and hiked the North Tenmile Trail along a mountain stream. I’m not sure why it’s called the “Tenmile trail” because it’s actually 6.8 miles round-trip. Maybe it’s because with the altitude, you’ll feel like you hiked ten miles after you’ve walked ten minutes! And, I shouldn’t even admit to this because it’s such a rookie mistake, we forgot to take water with us. No matter. It was one of the prettiest hikes we’ve ever taken. We then drove up to Sapphire Point Overlook and walked around enjoying the dramatic views of the Dillon Reservoir and surrounding mountains.

7. Eat at Jovavina’s Broken Italian Restaurant. This was another recommendation from 5280, which recognized it as the best Italian restaurant in the area. It’s a charming space with lanterns hanging from the ceiling, drippy candelabras on the tables, and an Italian motorbike as the base of the reception table. The food’s what really counts though, and we got a great crispy thin-crust pizza along with two amazing roasted veggie sides. https://jovanina.com 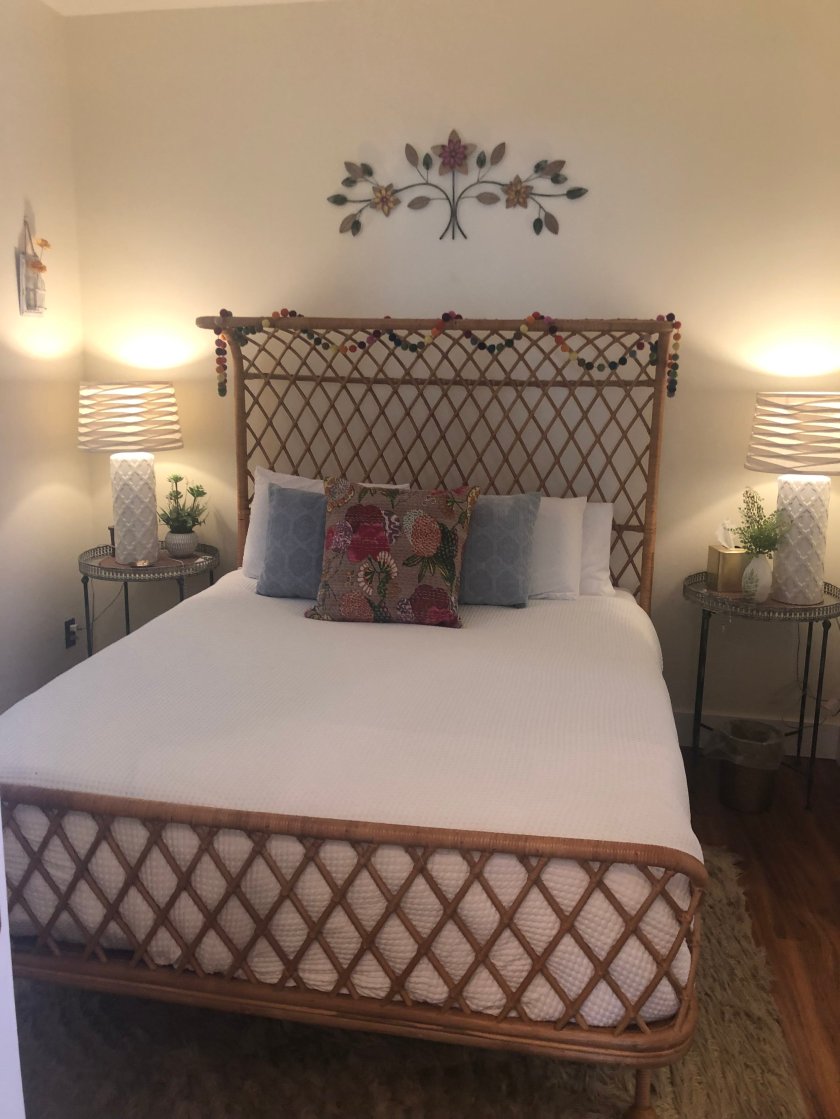 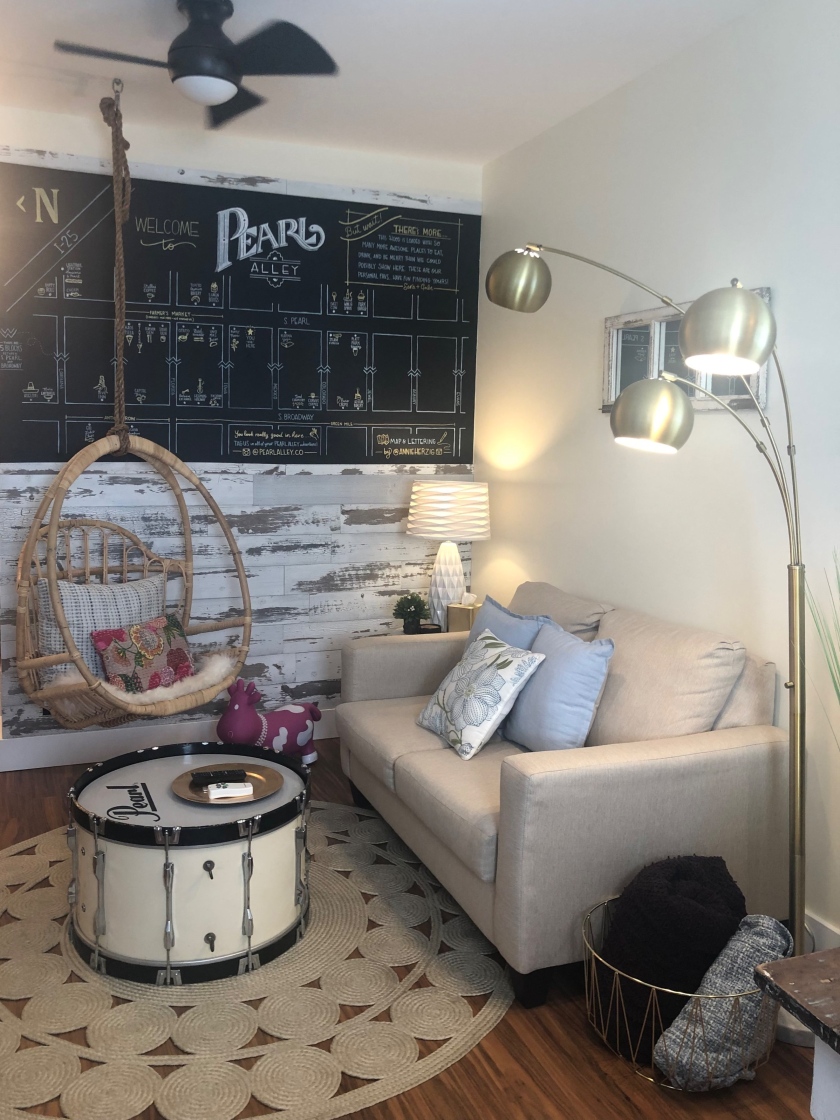 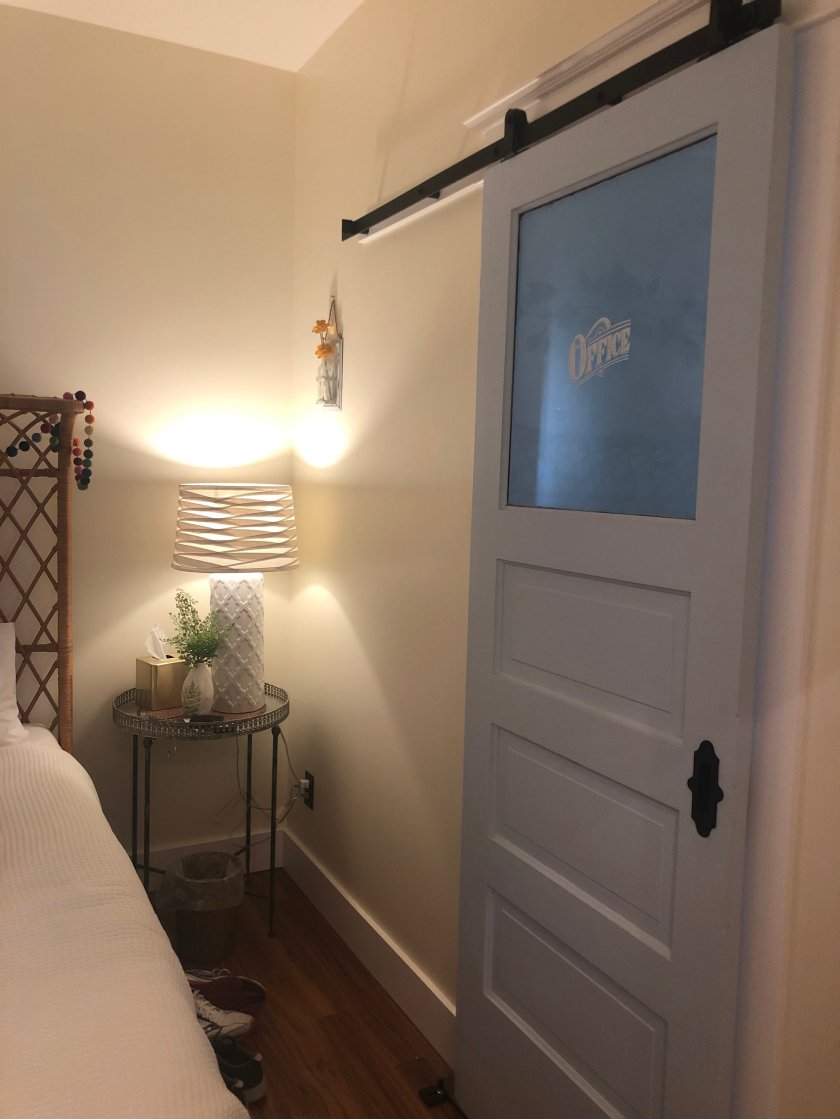 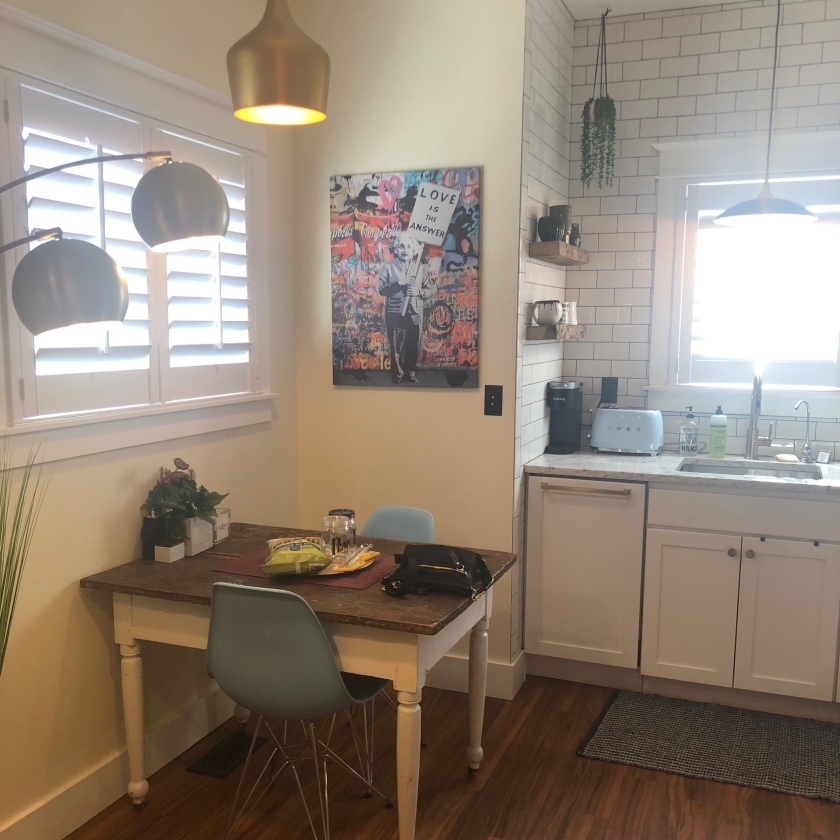 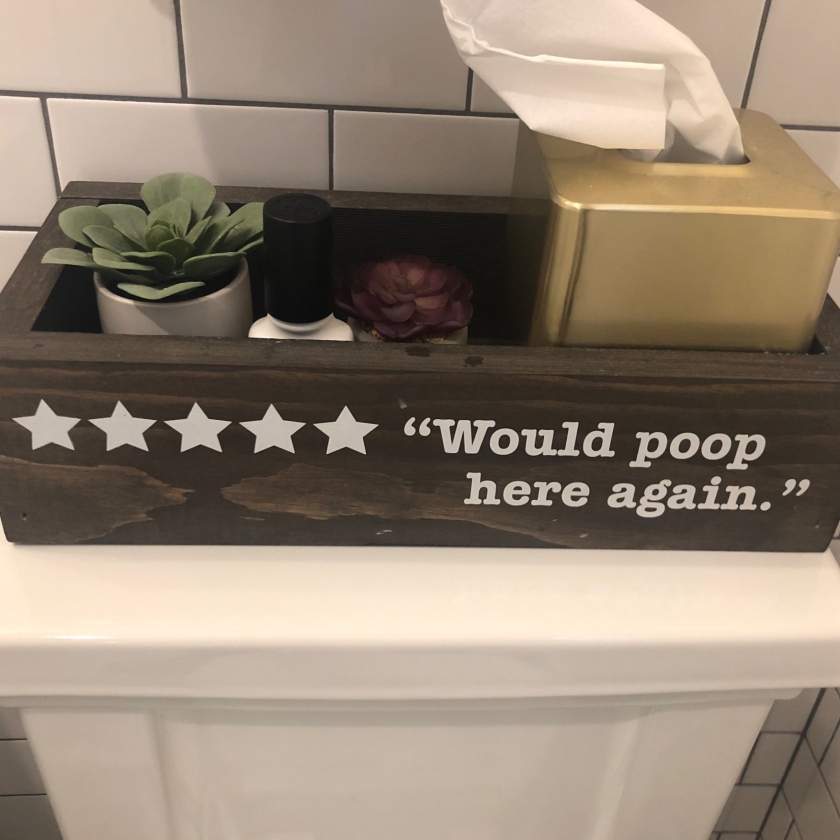 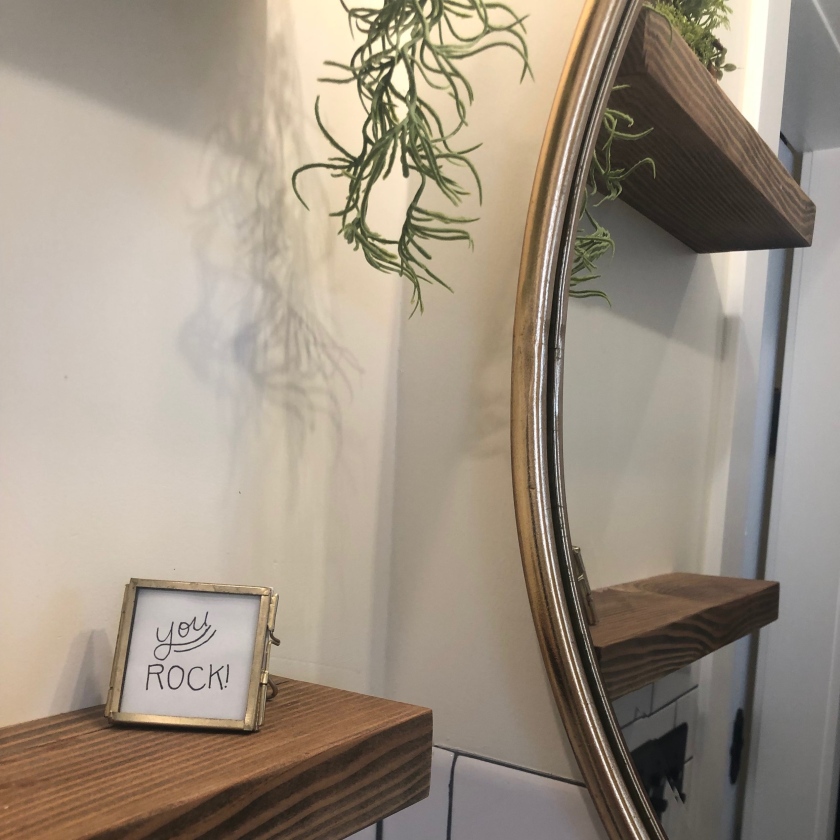 8. Stay at South Pearl Alley AirBnB! This is, hands down, the nicest AirBnB we’ve ever rented! Everywhere you look, there’s another thoughtful detail. From the antique sewing machine base of the marble bathroom sink to the stylish Smeg refrigerator and toaster in the kitchen, every inch of this place is begging to be posted on Instagram! A comfortable bed, yummy snacks and beverages, convenient washer/dryer so you don’t have to overpack, adorable outdoor patio, and a seamless check-in system make this place a winner! If you search South Pearl Street on the AirBnB app, it’s the listing headed “Chill in the Bamboo Orb Seat.”

Another perk of traveling is getting to catch up with out-of-town friends! Over dinner at Kona Grill (more sushi!) Rick and his buddy George Crunkleton reminisced about their glory days while his wife Versella and I definitely didn’t hear any stories we’d heard before. LOL.